I have to admit, I was quite undecided for a long time about whether or not I approved of Hannah Baker’s suicide attempt being graphically depicted on “13 Reasons Why,” a Netflix original based off the book written by Jay Asher.

When I first heard about the release of the show, I was thrilled. Finally someone, somewhere was talking about mental illness. I wrote a blog post titled “’13 Reasons Why’ We Need to Continue the Mental Health Conversation,” which I am going to reblog tomorrow. I still feel the same way I did about what I wrote. But I also know that I used the TV show to start a general conversation on mental health without delving into the specifics of what I liked and didn’t like about Netflix’s portrayal.

Seeing the suicide attempt on my TV initially caught me off guard. Hannah Baker’s death was not described in Asher’s book, and so I was unsure about how Netflix would go about showcasing it. At first, I felt relief. Here was a fairly accurate portrayal of one of the ways I tried to take my own life. I knew many people were seeing the raw, uncensored, deadly effects of mental illness for the first time, and I liked that. Especially because it is so difficult for me to broadcast my own suicide attempts, I was thankful someone else was doing it for me.

But the more I pondered it, the less I thought about the mentally healthy individuals who were being educated by the show, and the more I thought about the mentally ill individuals who were also being educated, but in a terrible, potentially fatal way. Like many other mental health advocates, I feared for the lives of those who saw Hannah Baker in the bathtub and thought, “I want that to be me, too.”

I thought back on my own struggles with mental illness as an undiagnosed bipolar teenager, and I was able to conjure up a very faint memory. I thought back to the very first time I ever self-harmed. And I thought about how I started. What crossed my mind? What convinced me do it?

I remember what happened that day, the first day. I was 13 or 14 years old, even younger than Hannah, who is 17. I was upstairs alone in my room texting a friend. My friend disclosed to me that she had self-harmed. She told me exactly how she had done it, exactly how she felt doing it, exactly how everything worked.

So what did I do?

I tried it for myself.

And thus began my 6 year addiction to self-harm, which only ended when I was properly diagnosed with bipolar disorder at age 19.

Would I have self-harmed if I hadn’t heard from this friend? Of course I can never be sure. I have no clue if I had ever considered doing it before she told me. I currently have a chapter in a manuscript about my life where I detail my self-harm struggles and suicide attempts. After the “13 Reasons Why” controversy, I am not sure whether or not I will take those parts out. Because they are so crucial to understanding me as a person with a mental illness. But I worry that the wrong person will read it at the wrong time and fall victim as well. I don’t know what to do.

Two years later, after millions of people have watched the series, Netflix has removed the suicide scene from “13 Reasons Why.” I am thankful for this. I do not think people need to see her exact method of dying in order to get the point of the series. However, I do find it to be a bit too little, too late. Hopefully next time, those who truly want to advocate for the mentally ill will listen to those individuals for whom they are advocating.

I think this blog post proves that I am still unsure of what to do to continue the mental health conversation without putting the lives of the millions of people with mental illnesses at serious risk. But I think of my young teenage self, the one who was still wearing a training bra and who barely knew the definition of the word “bipolar”, the one who was so sure something was wrong with her but didn’t know what, and I fear for her life. I wish the day she started self-harming had never come. I want to protect her so badly. But I cannot. I can only try my hardest to protect the people like me. I think Netflix is finally taking a stance in trying to protect the people like me too. And so I am grateful.

CALL 911 if there is any possibility of you or someone you know is hurting or will hurt anyone.

Text NAMI to 741741 and connect with a professional crisis counselor

Online mental health screening at mentalhealthscreening.org (though this does NOT substitute for a professional diagnosis)

Check out ok2talk.org to read about other people’s mental health journeys and submit your own

Find over 30 hotline numbers specific to your crisis at:
https://www.healthyplace.com/other-info/resources/mental-health-hotline-numbers-and-referral-resources/ 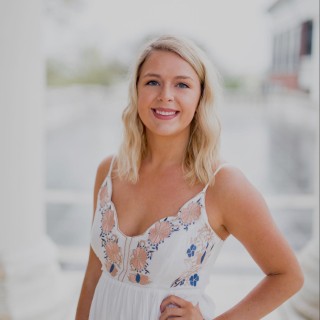